Having just had a delightful catch-up-after-much-too-long dinner with my good friend Dr. Livingston (no presumptions needed), it was agreed that it is time to relaunch the Space Cynics blog as, it turns out, the need for Cynics in this industry has not only NOT diminished, but apparently become even more apparent than ever.

So here’s a warning to all of you purveyors of various flavors of sugary sweet beverages that prey on the undiscriminating minds of those who love Space – WE ARE BACK.

But, as times *have* changed since the inception of the blog, and the mechanism of crowd-sourcing and collaboration and social media have become the dominant model in this decade, we are taking our next logical evolution from the Space Cynics you knew and loved to add you all to the rank of Cynics in training.  Guest posts will be welcome from would-be cynics – they must be submitted by tuesday COB each week, and we will (barring objectionable, or non-cynic-worthy, content which we will attempt to contact you about) publish them on each friday in time for people to enjoy and mull over during the weekend…

This isn’t a big change, but rather the next logical evolution – after all, I originally started this blog as a solo effort, but then expanded it to include fellow Cynics when I recognized that I wasn’t alone in the effort to dispel the rampant Kool-Aid that had coursed through the veins of the alt space community (and, to be honest, the Big Establishment space community as well).   So if you see/read/hear something which doesn’t add up, now you have a place to talk about it. 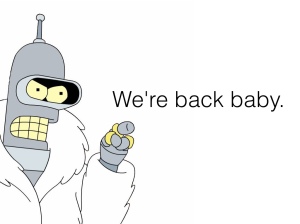 View all posts by shubber